As a political psychology graduate student at Arizona State University, Stephanie Cahill never envisioned a scenario in which she would be researching how to become a construction worker. But when a student at Gililland Middle School in Tempe, Arizona, told her that’s what he wanted to be one day, she went home that night and started digging in (no pun intended).

The next week, when they met again, she presented the student with a spreadsheet full of resources and information on how to pursue a career in construction.

“We never have the same lesson plan,” Cahill said of the mentorship program she launched at Gililland, which enlists ASU students to serve as mentors to the middle schoolers.

“The whole idea is to show these kids that they can go to college if they want. Some don’t, which is why we talk about career readiness, too. But we want them to start thinking about those big dreams they have and give them some tools to start laying out a path to get there. So we listen when they have questions, and if we don’t have the answers, we research them and go from there.”

Inspired by a social justice course Cahill took as a sophomore, the grassroots mentorship program is now in its sixth year and is currently welcoming ASU students to sign up as mentors.

Despite its informal nature — it’s not technically an ASU-affiliated student club, though it is entirely made up of and run by ASU students — the mentorship program has endured throughout many challenges over the years, including the pandemic and the hurdle it brought of taking the program virtual, as well as lapses in funding. Though the program has won the Woodside Community Action Grant (offered through Changemaker Central at ASU) twice, the rest of the time, Cahill has supplied funding out of pocket for materials like binders, worksheets and food, to help the kids stay focused.

“We realized that food was big aspect of getting kids to participate, because you can’t really concentrate when you’re hungry,” Cahill said. 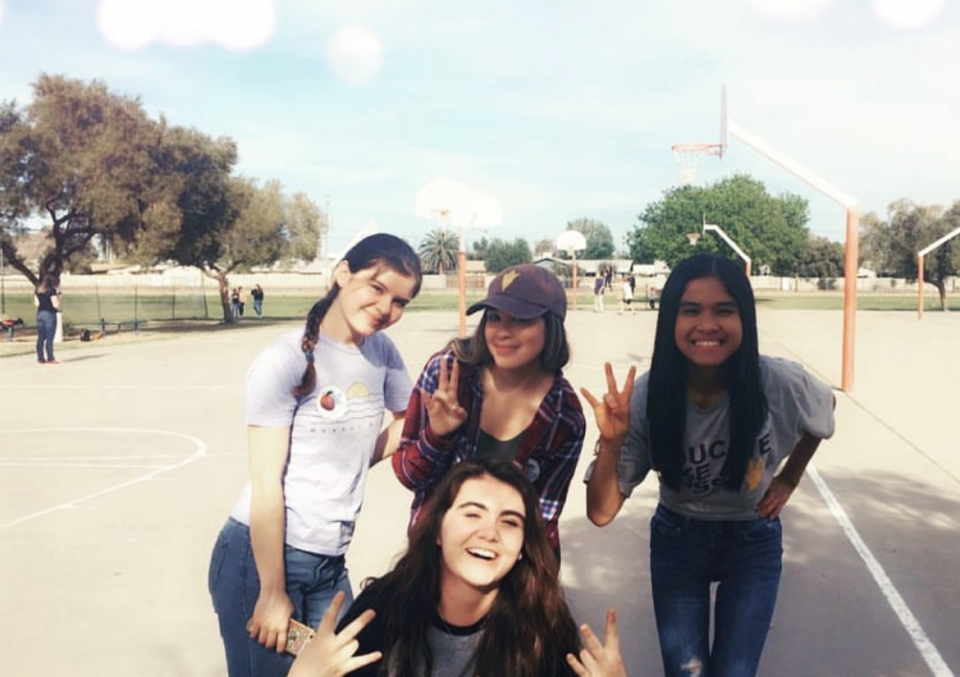 One of the years the program received funding from the Woodside grant, they were able to provide enough snacks for the entire school (about 800 students) during standardized testing. Cahill said some of the teachers shared anecdotally that the students performed substantially better than in previous years.

Every Tuesday during the academic year, ASU students visit Gililland, a Title I school just down the road from the Tempe campus, and for one hour after school, they share their knowledge, engage in activities and answer any questions kids have about college and career readiness.

“College was always something we talked about as a possibility when I was growing up," Cahill said. "As I got older, I realized not everyone gets that message when they’re young, and it just seemed unfair.”

Then, in high school, a serious sports injury unexpectedly took Cahill out of the game, throwing her into an identity crisis that she said soured her usually sunny disposition. Eventually, she said, she resolved to focus on what she still could do, rather than what she could not, and giving back to her community was one of the former.

With that mindset guiding Cahill, the aforementioned social justice course served as the catalyst for the creation of the mentorship program at Gililland. Tasked with taking on a project that would address an injustice for the betterment of her community, Cahill began by making a list of local, low-income schools, with the intention of hosting a panel of college students at one to answer kids’ questions about postsecondary education.

After her idea was rejected by five of the schools, Cahill found herself in the principal’s office at Gililland, waiting to make her pitch, when she overheard something that made her rethink her approach.

“Some of the kids were talking about what they were struggling with at school and how they didn’t even know where to start, and I thought, ‘Hey, I think I know a way to fix that,’” Cahill recalled.

Instead of a one-time panel that invited kids to ask questions about things they might have never even heard of, she thought, how about holding regularly scheduled meetings that focused on relationship-building, goal-setting and giving kids the kind of information they needed based on what interested them — and then letting them ask questions.

“(The administrators) were like, ‘That sounds perfect,’” Cahill said. Soon after that meeting, she was directed to Scott Nasser, a seventh-grade science teacher at Gililland who was in charge of after-school programming, to begin coordinating the mentorship program. 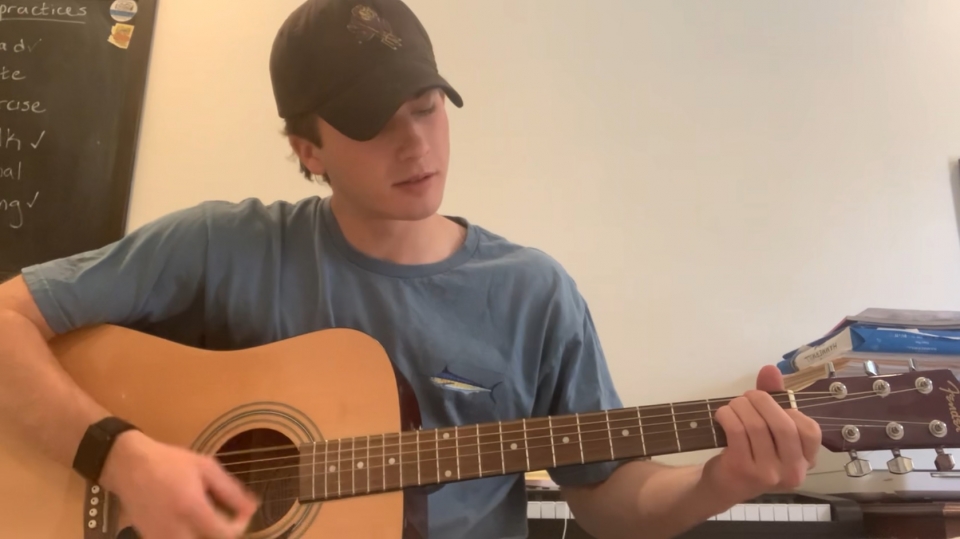 Corbin Cowan, a sophomore in music education at ASU and a mentor to Gililland middle schoolers, shared his own passion with the students when he performed part of the Jack Johnson song “Upside Down” for them during a Zoom session. Photo courtesy of Stephanie Cahill

“Many of the students at our school don’t consider postsecondary education at all,” Nasser said. “They either don’t think they can do it, or they don’t realize the opportunities that are available to them to help them do it. So partnering with Stephanie on this program was really about encouraging them to start thinking about their futures, to start understanding that they’re capable of going to an institute like ASU.”

In addition to addressing the logistical issues of what it takes to go to college, Nasser said the mentorship program also does a lot to bolster students’ self-confidence.

“A lot of it is about the social, emotional health of students now,” he said. “There are lots of activities where they just get to talk about themselves and the things they like or might want to do in the future. That’s what kids need: someone in that particular age range that a college student is in, to be honest with them about life.”

Corbin Cowan, a sophomore in music education at ASU, said getting to know the kids at Gililland has been his favorite part of serving as a mentor. During one session held over Zoom this past year, he shared his own passion with the students when he performed part of the Jack Johnson song “Upside Down” for them.

“I volunteered to be part of the program because I wanted to get more experience working with kids since I plan on being a teacher after I graduate, and I really think it’s been worth it,” Cowan said.

While he hopes to continue mentoring for the program as an upperclassman, the leadership may look a bit different. Cahill has plans to attend law school and pursue a career in nonprofit law, so her focus right now is on establishing a solid enough roster of mentors to keep the program going strong — maybe even strong enough to expand to other local schools — after her departure.

Cahill encourages any ASU students interested in participating in the mentorship program to reach out to her directly at Stephanie.Cahill@asu.edu. Learn more about the program by viewing this YouTube video.